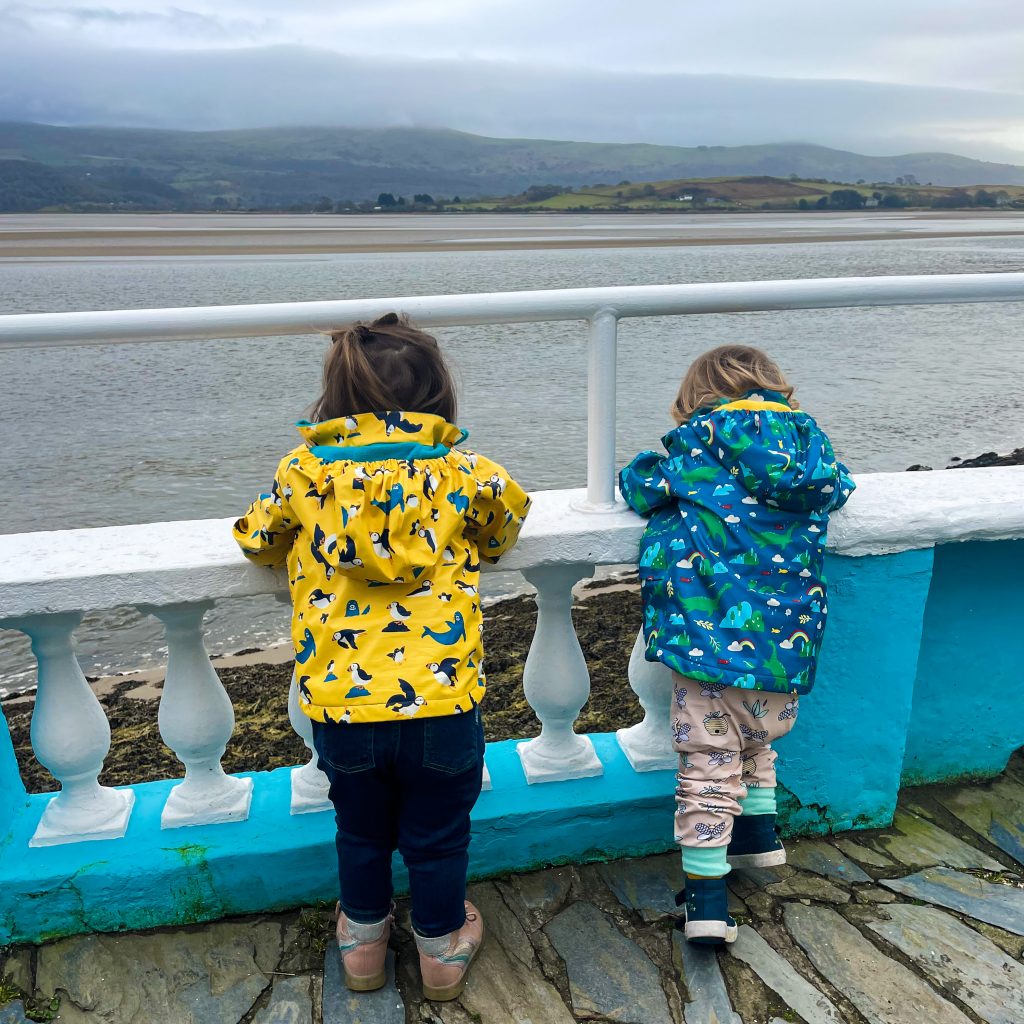 A Family Holiday To North Wales – the run down

Once we actually arrived at our cottage and started to get settled, things were pretty lovely. I had somehow managed to book us into a beautiful Grade II listed cottage that was much more like a grand old mansion – it had an enormous dining table, grand living room, and three big bedrooms with enough space to sleep at least seven people. I’d managed to get a bargain price because honestly, who on earth books a Welsh holiday cottage in mid January?!

The host had set up cots and high chairs for us which was a really meaningful touch, and I had managed to salvage just about enough of our groceries from our abandoned car to keep us going until a local man with a 4X4 was able to help get it unstuck from the mud. With the log burner on, food in our bellies, and Cbeebies on the TV for the twins, everyone was happy. We found a big basket of toys tucked away in the living room too which was a nice bonus. Once we got the car back on our second day, our trip was back on track again too!

We loved just lounging around the house  – every single window had a glorious view of the surrounding Welsh mountains and we had everything we needed in the comfort of this beautiful remote retreat. Rain was forecast for every day of our trip, but it didn’t end up being as grim as we’d been led to believe and we were treated with some snippets of blue skies! We took these opportunities to put the twins in their coats and wellies and explore the garden. They both love being outside, so being able to explore a safe new outdoor setting was great!

On one of our days away, we journeyed down to Porthmadog. I wanted to pop into Babipur to say hello to the team, and to explore the area a bit! As it was January, the little railway in Porthmadog wasn’t running, but we still stopped in the railway café to have lunch which was lovely. We filled up on sandwiches while overlooking the railway tracks and mountains of Snowdonia. I’d like to come back in the summer and ride on the train – I bet it’s an experience that the twins would enjoy! As it happened, they were both happy enough eating their lunch at the railway café and then having a little look at the surrounding views while holding our hands. Simple but lovely.

We spent our afternoon at Babipur Towers where I was able to meet and chat to lots of the amazing team, and my poor husband was relegated to twin watch while they made a big mess with all of the beautiful toys in the Babipur office. I made it up to him by cooking him dinner, don’t worry! If you’ve not come across Babipur then do check out their website – they sell all things ethical, from kidswear and toys, to homewear and beauty products.

The next day, we visited Portmeirion – somewhere I’ve never actually been to despite having lived in North Wales! This incredible Italianesque town on the coast had only just reopened to the public after shutting up for winter, so not everything was open when we got there. There were painters and workmen all over the place sprucing things up for the upcoming tourist season, but hardly any visitors. As it happened, the lack of tourists was great for us, and meant that it felt safe enough to let the twins run free rather than be constrained to the buggy. We all had a fabulous time exploring the cobbled streets, follies, and colourful houses. We walked right down to the beach front where there’s a coastal walk towards Harlech. The coastal walk itself was a good way of stretching all our legs until about half way along when the fences against the pathway changed into something that a toddler could easily climb through – at this point the twins were put back in the buggy as I don’t trust my son not to make a break for it!

Before heading back to our cottage, we stopped in the coffee shop for a drink and some Bara Brith – something that it turns out my son absolutely adores!

After visiting Porthmadog, Babipur, and Portmeirion, the bulk of our trip was over. We enjoyed some more time relaxing in our beautiful dwelling, playing in the garden, and cooking in the gorgeous old kitchen. We packed up and spent out journey back to England reminiscing about the time we lived in Wales as we passed Colwyn Bay, Sunny Rhyl, and Fflint – all the places we knew well.

Despite the unrivalled chaos of the first day, the trip was a success and we all had a lovely time. Wales – we will be back!