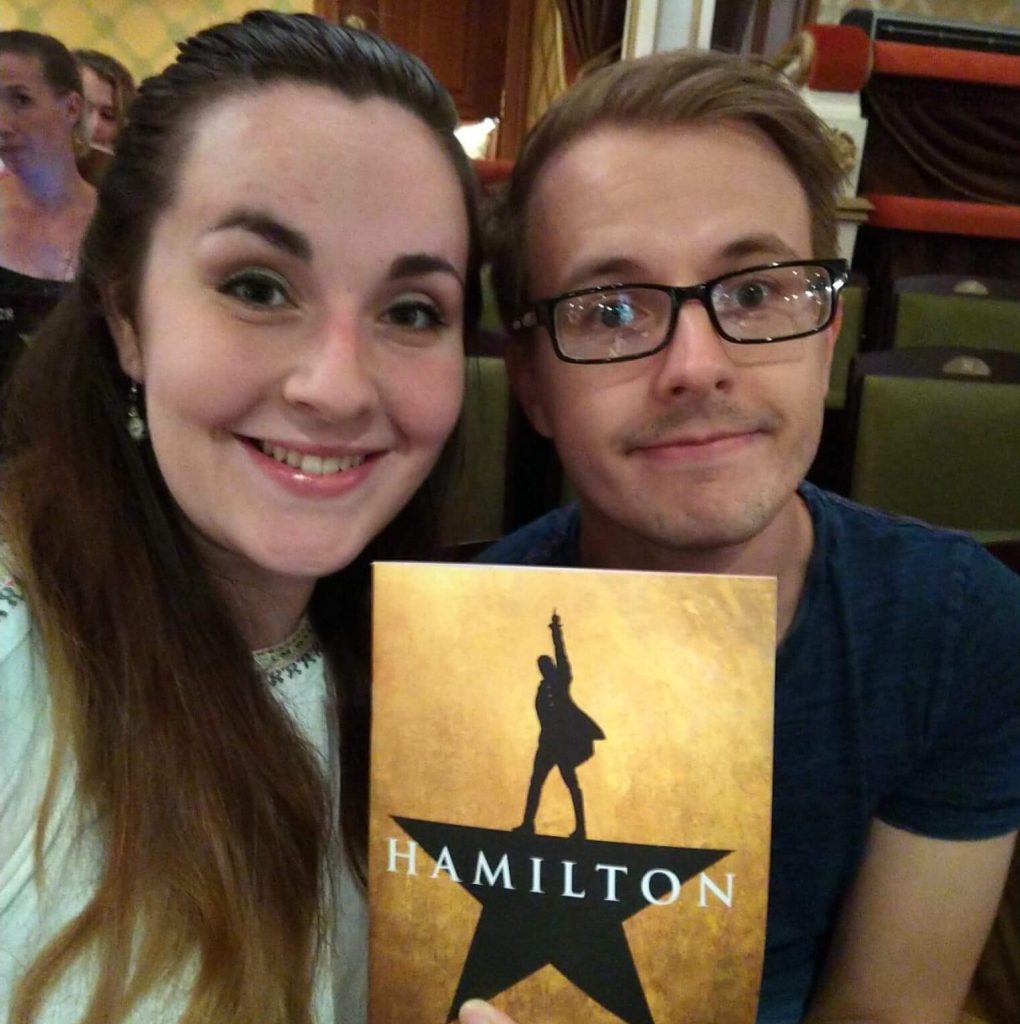 This post has nothing to do with twins, eco life, or motherhood. Rather, it’s a stream of consciousness from thought that have been festering at the back of my brain for a few weeks, and I need to get it out!

I’m a long time fan of musicals. To a certain extent, musical theatre had a good deal to do with shaping my life when I was younger. One of my earliest memories was rummaging through the CDs that my mum got with her regular musical magazines. I took a particular shining to the Fiddler on the Roof soundtrack CD, so much so that I took it on holiday to France with me when I was about seven, and distinctively remember my mum walking in on me having covered my face in black felt tip wrinkles so that I resembled Yentl and could act out the part more convincingly…

I digress. Like the rest of the world, I caught wind of Hamilton, listened, loved, and became obsessed with it, and Lin Manuel Miranda in general. There is absolutely no doubt that the man is a complete and utter genius, and thank goodness his talents are recognised. His music and lyrics are clever beyond belief, and I can listen to anything written and composed with his distinctive stamp, on loop indefinitely – Disney soundtracks included.

I’ve come to the conclusion that I’ll never know quite why Manuel’s music has the impact that it does on so many of us – just that it’s some kind of composing wizardry. The problem is though, that I now struggle to listen to anything else.

I put on a playlist of show tunes last week, and even my old favourites just didn’t seem to cut it anymore. After having willingly imprinted Hamilton, Hamilbeats, In the Heights, and other stand alone tracks into the very core of my being, anything else just seems too simple and drab. I go back to my trusty Fiddler soundtrack, my first love, but it’s not the same.  Where are the witty lyrics, the ingenious leitmotifs, and the unfaltering storytelling? No longer can I just listen to the songs and take them at face value – I’m yearning for something more, but it’s just not there.

Six the musical caught my eye – I love the tudors, and musicals, so it seemed like a good bet. After a couple of songs I gave up – it seemed like something someone had written for their GCSE music – a deeply unfair review, I know, but what happens after extreme Lin Manuel Miranda exposure.

So is this it? Have musicals been completely ruined forever by Miranda’s incomparable prowess, or will we be able to go back to enjoying everything else without having to overanalyse? Thoughts on a postcard people.