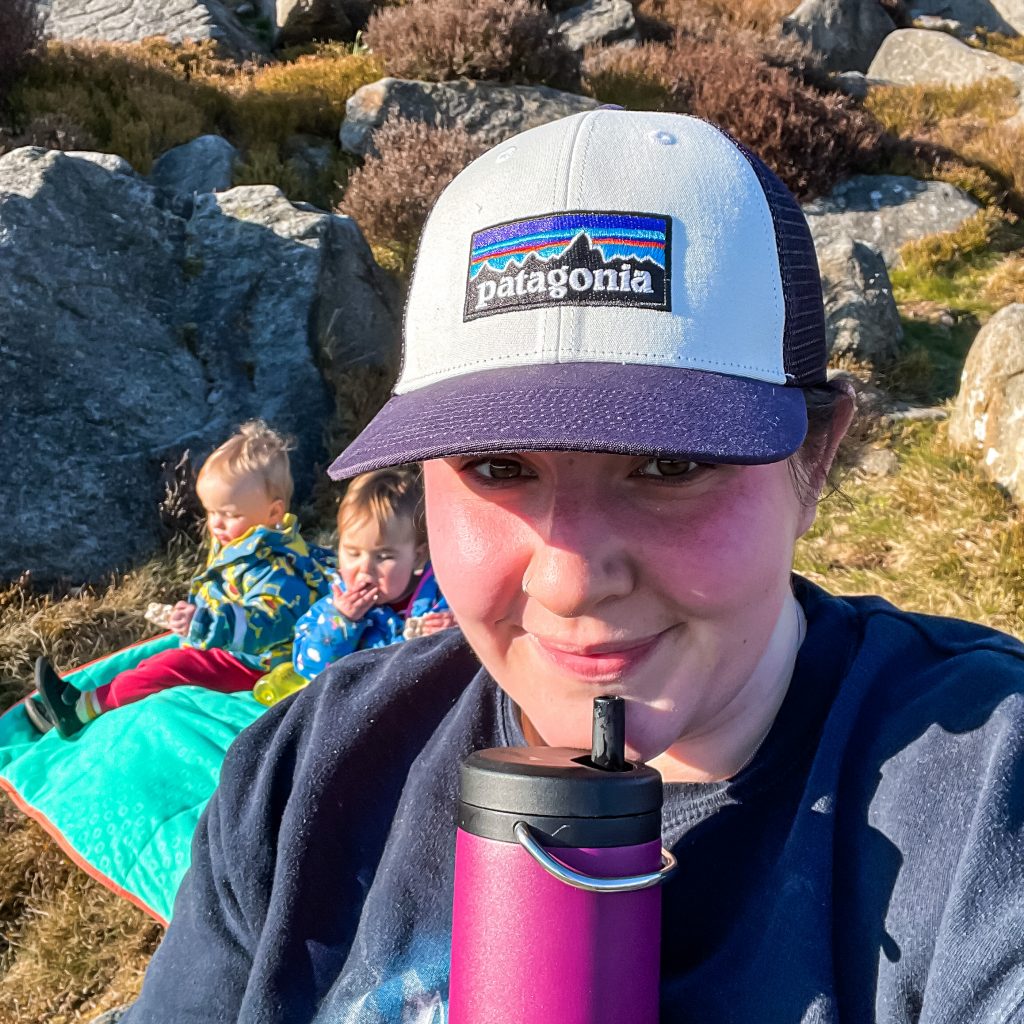 I’ve lived in the Calder Valley for a few years but due to being pregnant, and then having twin babies, I’ve not explored nearly as much as I would like!

A few days ago, I had a sudden urge to go out, so I packed up the toddlers, spare clothes, snacks, and water, and headed for the great outdoors.

I was feeling determined so decided to head for a rocky outcropping at the top of the valley called the Orchan Rocks. Locals on various facebook groups had told me that it wasn’t an accessible walk, and I wouldn’t be able to do it with a double buggy. I threw caution to the wind and decided to see how far I could get anyway, fully accepting that I’d probably have to turn back before I got to the top.

The first three quarters of the walk was very straight forward. A little road wound up the valley from the main road – it was steep and bumpy, but I went slowly and managed just fine. We went through some woodland and passed several farms, all with great views of the valley below.

At the end of this windy path I came to a big cattle gate that led to a field. I thought this would be the end of the road for us, but on closer inspection, the cattle gate wasn’t locked, so we went through into the field beyond!

This is where things started to get interesting. The field was steep and the ground underfoot was marshy in some places and very rocky in others. Without the help of a path, I went very slowly, and pushed the buggy carefully to be sure I didn’t topple us all into a marshy puddle.

We got stuck on a number of rocks, which involved me going round to the front of the buggy and hauling from the front until the rock was cleared. It was a challenge, but we made it to an old cobbled path about half way up the field. At this point we could see the Orchan Rocks were very close and I was dead set on getting closer.

Beyond the cobbled path were more patches of boggy mud, and a couple of old gates. Once we had cleared these hurdles, we had made it to the rocks! Not being quite satisfied with this, I somehow managed to hoist us all up to some of the lower rocks where I got everyone out for a snack on the play mat.

It was a clear day and the views were spectacular. All we could hear was the sounds of wildlife, and I was overcome by a sense of smugness and achievement!

While the walk wasn’t entirely straightforward, and the last bit was tricky, it was perfectly possible. I’m so glad I made the effort to see how far we could get, and I’ve already started planning our next hillside walk.

If you’re anywhere near the Calder Valley, then go and have a look at the Orchan Rocks – it’s a nice walk. If you have a double buggy then don’t let that out you off either – I promise it’s possible!