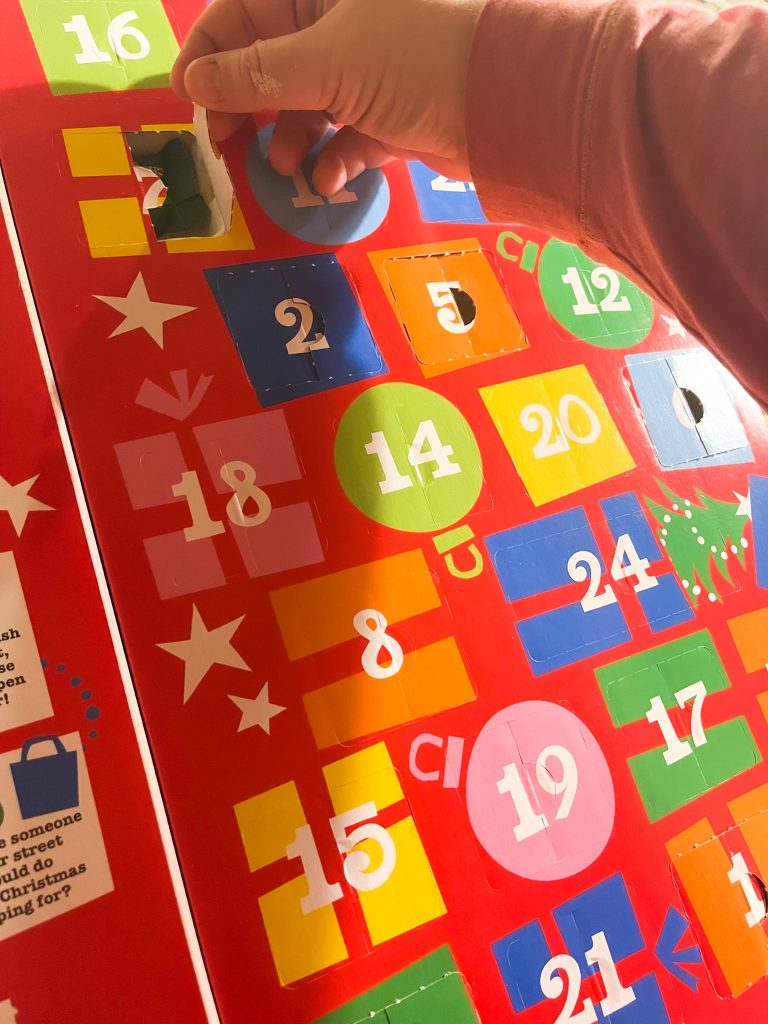 I’ll preface this blog by saying, if you have a Tony’s Chocolate advent calendar and don’t want to know about any possible surprises in store, please stop reading now!

The Tony’s chocolate advent calendar has been plastered all over social media for several months now, but a surprising message from distributors on the first of December has left many people disgruntled. Personally, I love Tony’s and everything they stand for. I think their approach to raising awareness for child slavery in the chocolate industry through their advent calendar is frankly, rather clever.

So, what’s the surprise?

You’ll find that when you open one of the windows on your advent calendar, there’s no chocolate inside, just an empty space. This isn’t a mistake, but in fact a carefully thought out way of getting people talking about inequalities in the industry. The little snippets of information on the opposite side of the calendar hint at the inequality you’ll find behind this window, so if you’ve read the information you shouldn’t be entirely surprised.

Opening a window to find an empty space is going to get people thinking, I imagine, about a lot of things. Hopefully it’ll ignite conversations about inequalities, privileges, and working conditions. It might make people stop for a moment and truly appreciate what they’re thankful for too. Yes, you’ll be without a chocolate for a day, but in the grand scheme of things, it’s completely insignificant, especially when you see that the next day you’ll get two chocolates anyway.

Distributors were notified by Tony’s about the uneven chocolate distribution on the first of the month so they could let their customers know. This notification was in case anyone felt the need to carefully take out the inner tray of the calendar and rearrange the contents, which is a very easy process. Despite this, many customers have been outraged about the situation, some claiming that a children’s advent calendar isn’t the time or place to talk about child slavery, and others showing concern that the missing chocolate could potentially trigger a meltdown for neurodiverse children.

I feel like these points would be entirely valid if the Tony’s advent calendar had been marketed at young children, but it wasn’t. When I first saw it, it definitely felt much more like a luxury item for older children and adults, and came with a price tag to reflect this. This, coupled with Tony’s general reputation for causing a stir, means that this minor inconvenience didn’t come as a surprise to me.

When it comes to whether or not an advent calendar is an appropriate place to talk about the issue at hand – I think there’s no better way of opening up the issue for conversation. Truthfully, there is never going to be an easy way of tackling a hard hitting issue such as slavery with young people, but a missing chocolate is a fantastic way of starting the discussion. Some parents have argued that they want to be able to pick and choose when they have these conversations with their children, but having that option to put it off for as long as you want is extreme privilege, and in this case, not something that’s going to benefit your children.

For the parents of neurodiverse advent calendar recipients who have raised concerns about meltdowns, the note from distributors at the start of the month was to help combat and avoid exactly this situation.

Others who have complained about false marketing and how they have been miss-sold the calendar have possibly not realised that the calendar actually contains a grand total of 25 chocolates. This is one more than most other chocolate calendars!

Whether you think the missing chocolate is clever or unacceptable, it’s got people talking. More people than ever are coming to know Tony’s Chocolate as a brand, and all this publicity is helping to raise awareness of the real issues that Tony’s are fighting against. Personally, I have a lot of time for Tony’s, and love seeing their eye-opening publicity stunts.

If you want to buy a regular bar of Tony’s chocolate, you can get it from Babipur, Sainsbury’s, or Tesco. It’s sold on Amazon too, but in the interests of fair working conditions, please consider buying it from somewhere else!