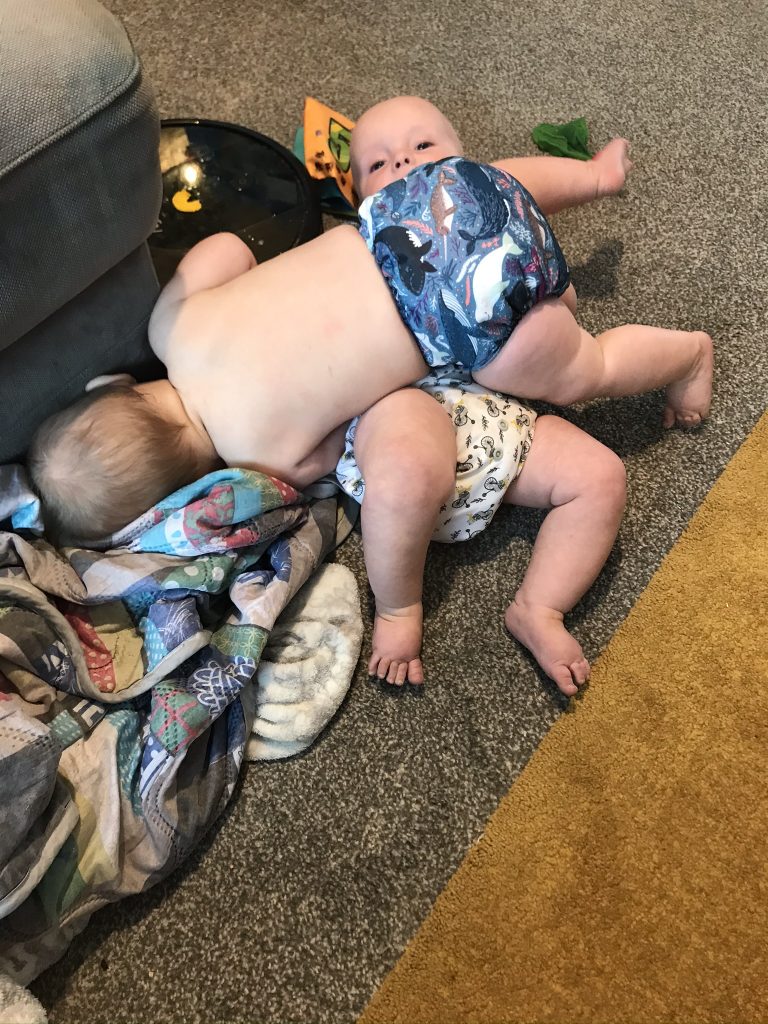 I’ve found that as a mother of multiples, there are times when I need all the shortcuts I can get! It might come as a surprise to you that if you already have a good laundry routine, cloth nappies might actually make life with multiples a smidge easier!

How? It’s all about size!

My twins were born at exactly the same weight (what are the chances!?) which made nappies easy in the beginning. When they were first born, I hadn’t discovered the world of cloth yet, so we were using disposables. Being the same size, things were easy as both twins fitted the same size nappy.

It quickly became clear that while both twins were growing beautifully, one was growing a bit faster than the other, and this meant that I had to have two sizes of nappies on the go. A small annoyance, but when you’re stressed out from mothering twin babies, it’s an annoyance you could do without. Just grabbing the wrong size nappy and having to go back to get the right one, and then finding a stash of a random size that nobody fits anymore three months later…. annoying, right?

That’s the thing about cloth nappies – once your baby is about 7lb, the nappies work all the way up until potty training – it’s all down to ingenious sizing designs!

Now, my 17 month daughter is considerably bigger than her twin brother, but thanks to cloth nappies, it doesn’t matter! I can just go to my nappy pile and grab anything for anyone, and know that it’ll fit. A tiny thing, but one less thing to have to focus on which is a major win for tired multiple mamas!

There are loads of reasons why switching to cloth nappies (even part time) is fantastic, but I’ve never seen anyone mention this one! We made the swap to cut our household waste and help the environment, but this sizing thing is a big bonus!

If you’re interested in trying cloth nappies, then I’ve written about how to get started here, and there is also a lot of useful information available online. Babipur are hosting a Reusable Nappy Week over on their social channels and will be sharing all kinds of useful info too!