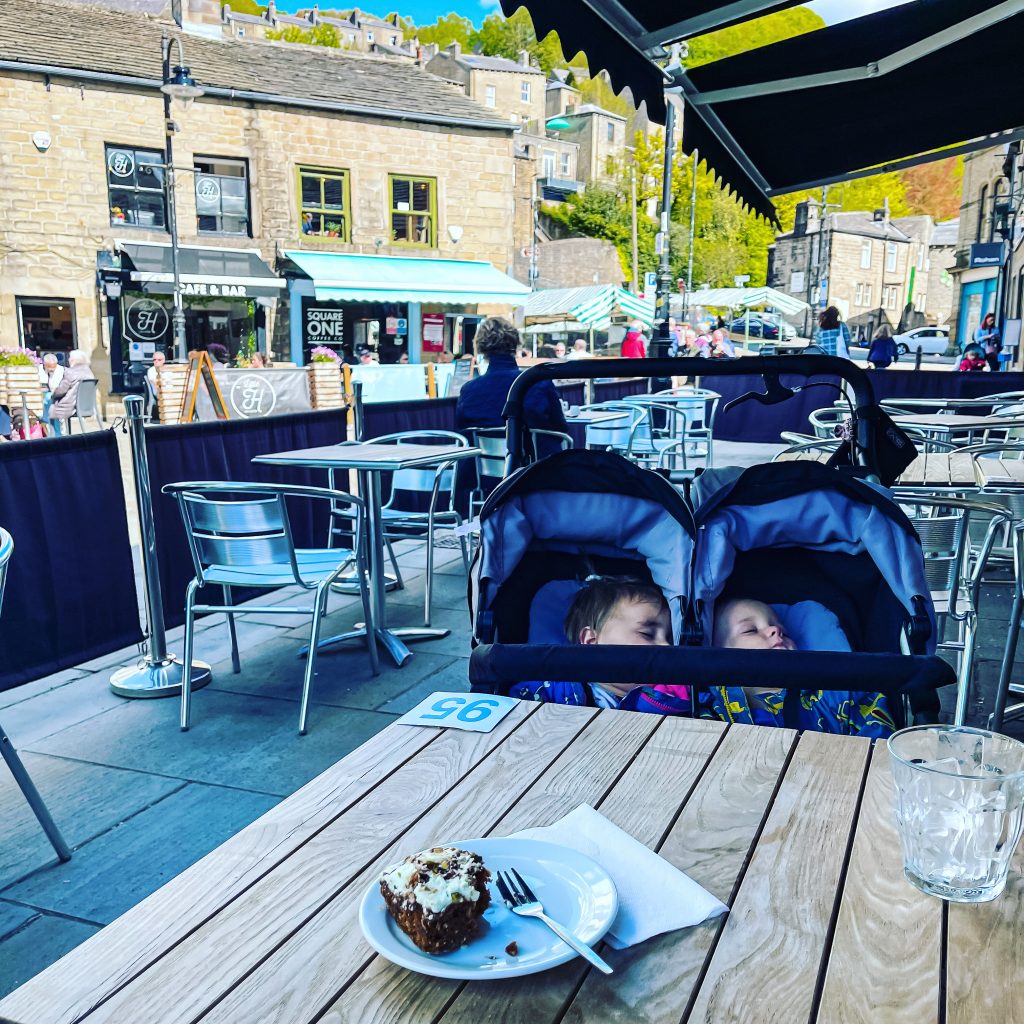 Yesterday, I jumped on a bus with the babies, and headed off to a local town for lunch on a whim. We sat in the sunshine and enjoyed vegan carrot cake and panini, before having a wander and then heading back to the bus stop.

It was on the walk back to the bus stop that I heard what sounded distinctively like someone talking through a megaphone. I had an inkling that it might be something Palestine related, and went to investigate.

Sure enough, by the side of a main road was a lady shouting facts through her megaphone so people passing in cars could hear her. There were a couple of people behind setting up banners, and wrapped in Palestinian flags. If you follow me on social media, you’ll know that this is a cause I’ve been following very closely and I’ve been doing everything I can to raise awareness of the situation and help friends know what they can do to help.

I could see a few of the people setting up banners had children, and it was broad daylight in a very safe town, so after a quick risk assessment, I decided to stay to show my solidarity for the cause. The babies had full tummies and were very happy sitting in their buggy watching the world go by, so the decision to stay for a bit was fairly easy.

We stood on the sidelines, just in case of the unlikely event of any trouble, and joined in some of the chants and stood in solidarity from there. It was heartwarming hearing cars pip their horns in solidarity as they passed, and one even waved a Palestinian flag out of the car window.

It wasn’t long before the area had lots of people joining in, holding banners and flags. At one point the police came, but after chatting to a few of the people standing by, they went and stood on the sidelines – I suspect they had just come to check that everything was peaceful, which it was. Had there been any notion of unrest at all, I wouldn’t have stayed, for the sake of my babies.

The most heartwarming thing of all, was watching the face of a Palestinian lady as cars showed their support for the cause and a free Palestine. She was clearly quite emotional about the support, which in turn made me pretty emotional too.

As it drew closer to dinner time, I decided that it was time for us to take our leave and hop on the next bus home. We waved off the crowd and went home with mixed emotions. I was happy to have been able to show my support for the cause, but utterly dismayed that this is what it’s come to. I was thankful to be going home to somewhere safe, and heartbroken that so many couldn’t say the same.