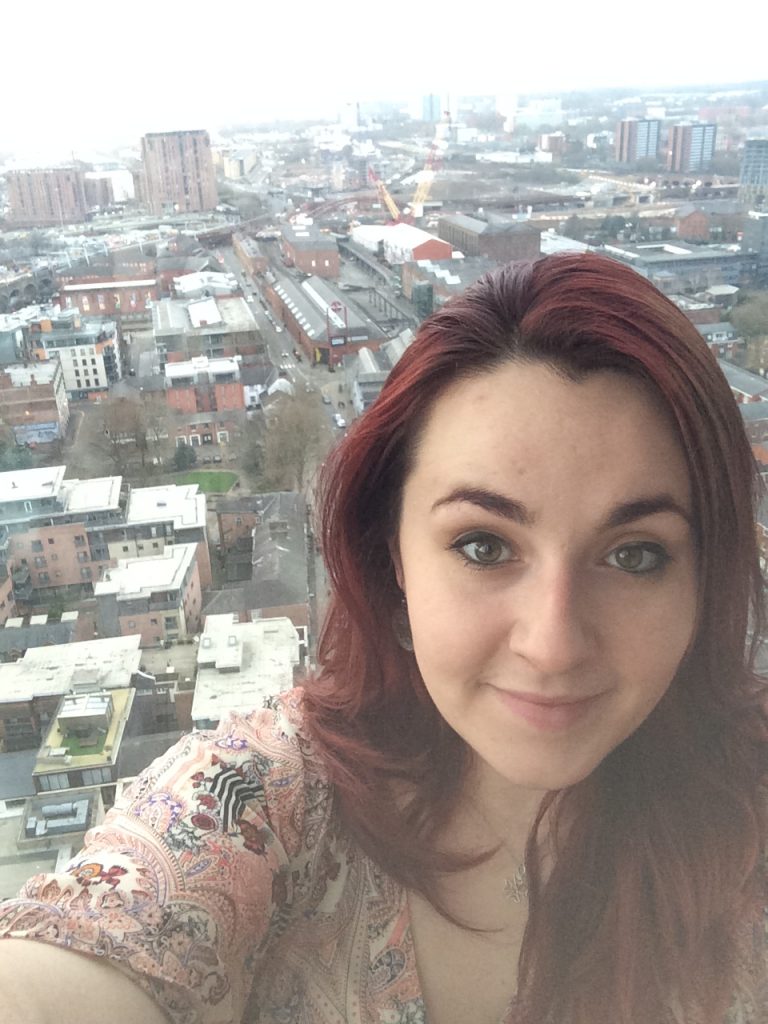 A Day Out in Manchester – A Guide

I recently found a couple of really rubbish ‘to do guides’ for Manchester, which has prompted me to try and write a slightly better one!

Manchester is a hive of activity and a city full of hidden gems. There has been talk of moving parliament there, and the city is undoubtedly the central hub of the North. In my opinion, Manchester is a much better place to visit than London, although I have a deep loathing for London that I’ll write about another time.

I’ll start with my relationship with the city, so scroll down if you want to get straight to things to do! This is an adult focused guide, I’ll do a child friendly one another time!

I’ve lived in and around Manchester for seven years now, and to begin with I hated it; it was too big and noisy for me, having only previously lived in sleepy cities. Gradually the city grew on me and now, I’m a big fan.

I started off visiting people in Manchester when I was doing my undergraduate degree, just dipping my toe into vibrant city life. I then moved to the city centre as a postgraduate student and had the full student experience. Next, I started a job in Manchester’s Northern Quarter and moved to a little house in Clayton, very close to Manchester City’s Etihad Stadium. This is when my love for the city really started to grow. I loved my tiny house, which was surrounded by shells of buildings with boarded up windows. I had a motorbike to get me into the city centre for work, which took about five minutes. One night my wing mirrors were stolen, another night the whole bike was taken and I got to ride around in a police riot van looking for it. A friend and I found it the next day in a ditch looking sorry for itself. After a bit of work at the garage (involving a lot of gaffa tape), it was up and running again. It lasted a couple more years before being stolen again and found burned out on the outskirts of Manchester. I found myself being drawn to this place where stuff really happened and I got to ride around in riot vans. Perhaps an odd thing to have really sold me on Manchester, but there you have it.

By contrast, my job in the Northern Quarter opened my eyes to another side of the city. I worked in a piano shop, and on my lunch breaks I would walk past all of the trendy bars and eateries, sometimes picking one to visit after work with my colleagues.

I ended up dating a local, which inevitably led to cohabiting, marriage, and now babies. We live on the Lancashire / Yorkshire border and our nearest city is Manchester – less than half an hour away on the train. We often venture into the city to visit friends or have a day out.

Over the years I’ve found some great spots around the city, so here are a few to take note of if you’re planning a visit to this great Northern powerhouse;

If you’re after Hogwarts vibes, then this is a great place to visit. John Rylands Library is a working library, and it has absolutely gorgeous architecture as well as a great shop and café!

I buy my books from independent bookstores wherever I can, but can never resist a Waterstones for mooching. Just a stone’s throw away from the John Rylands Library lies the biggest Waterstones in the North, with the biggest literary events catalogue outside London. If you’re a bibliophile, stop off and have a nosey.

3. The Museum of Science and Industry

Tucked away near Deansgate you’ll find the wonderful Museum of Science and Industry, or the MoSI, as it’s affectionately referred to by locals. Here, you can learn about Manchester’s vital role within the British textile industry and see all kinds of fascinating relics from bygone eras. It’d be easy to spend a whole day here, and there are usually lots of fun things for children to do too!

Everyone should visit the People’s History Museum to learn all about the ideas worth fighting for. An important addition to everyone’s Manchester to-do list, make sure you drop by and explore the thought-provoking collections.

I was incredibly lucky to have my dream job volunteering in Manchester Gallery archives in my early twenties. As a History of Art graduate, being able to see the inner workings of an art gallery was magnificent, especially the giant filing cabinets full of paintings!

The gallery itself regularly has fascinating guest exhibits, and there is a permanent collection of Pre-Raphaelite Art on the first floor – a must-see!

Close to Manchester University, the Whitworth Gallery stands on the edge of a park on Oxford Road and boasts an impressive collection of art. With regular visiting exhibitions it’s always worth checking what’s on.

The Soup Kitchen is hidden away in the Northern Quarter but it’s a great experience. Long wooden tables and benches fill the space inside where you can choose from a selection of delicious soups, sandwiches, hot meals, and alcohol. They used to do an earth-shatteringly good Jamaican Jerk Split, so keep your eyes peeled for that!

In the evenings the Soup Kitchen often has music events too, so you can stop off and see how the atmosphere changes at night!

Pizza but with a twist. This small eatery has an ever-changing selection of pizzas and salads on offer – all delicious, and sold by the slice to eat in or take away. Blue cheese and broccoli pizza never tasted so good!

A wide selection of niche magazines and nick nacks can be found lining the walls of Magma on Oldham Street. Have a browse and admire the arthouse souvenirs and stationery available.

I once had the best date ever at Matt & Phreds – shame the man wasn’t as great as the venue! Matt & Phreds is a cosy jazz bar that transports you back to the 20s with ease. Your coats will be taken at the door before you’re led to your table on the checkered floor in front of the stage. Live jazz will be played and you’ll be offered a menu of freshly baked pizza, olives, and other delicious nibbles.

I don’t even know where to start with this one. Espresso cocktails? Amazing shakshuka? 10p wings night? Great coffee? Open from early to late, this is yet another of Manchester’s versatile venues that’s a great spot, regardless of whether you’re after breakfast, or cocktails on your night out!

A labrynth of quirky independent stalls in a huge building in the heart of the Northern Quarter. Whatever niche thing you’re after, you’ll probably find it here. (Black Milk Cereal operate from Afflicks too)

It’s worth visiting Eastern Block for the brownies and blondies alone, but in addition to having great café food and drink options, they are an evening venue, serving up great music and alcohol too. Have a look through the records and treat yourself to some Eastern Block merch while you’re there!

While you won’t find much greenery in Manchester City centre itself, take a trip to Heaton Park and you’ve got green parkland as far as the eye can see, complete with petting zoo, follies, bee hives, and a stately home.

The Oyster Bar has you sorted if you’re after fake Tudor facades, cheap beer, and lots of friendly strangers to talk to. Always an excellent starting point for any Mancunian night out.